Getting the best from your land in 2019

8th January 2019 by Accounting for Energy

If you are a landowner it’s important to make sure you are getting an accurate return for your investment, and with this year set to be one of many unknowns as we try and make sense of life outside of the EU, it could be the perfect time to work with specialist auditors to ensure you are still getting the best deal on your land.

The government’s draft environment bill published last month, which promises to create a body which will legally hold ministers to account for their actions regarding the environment, is an attempt to reduce the risks of Brexit, but there is still no way of truly knowing how any of this will impact renewable energy and land rent payments.

We are able to make a robust assessment of your past payments and amend any inconsistencies that may have been missed by the most experienced property, legal or internal accounts team. This is because we have expert knowledge of lease agreements, renewable energy, power stations, market prices, current legislation and performance trends.

When you work with us we can:

Our audit will give you peace of mind, and you could receive a back-payment, and have an improved rental agreement going forward.

If you want to get your new year off to a great start, then why not get in touch with us and see how we can help you. You have nothing to lose.

Comments Off on Getting the best from your land in 2019 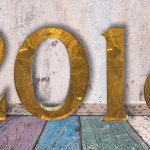 26th December 2018 by Accounting for Energy

As the year draws to a close, we take a look back on some of the blogs we have brought you this year…

Spotlight On…
We started the year by showcasing some work we have done with a client who saw a 56 per cent increase in wind farm income following our audit. We also highlighted how as one of the biggest landowners in the country, this client is seeking to ‘green’ their organisation. We have had another great year of helping organisations to get the best deals on their land rent payments and we have more stories like this to share with you in 2019.

Conwy Borough Council lead the way
This forward-thinking Welsh council is the embodiment of excellent waste management, as they have bucked the trend with a scheme that increased recycling rates, made big saving and cut residual waste. Conwy’s recycling efforts are definitely a leading example for local authorities.

Plastics, plastics, plastics
Plastics has been a buzzword this year with zero waste initiatives growing rapidly on both a micro and macro level. We sought to keep you up to date with all that was happening though articles like our Carrots and Sticks piece where we looked at worldwide incentives to help behavioural change around waste such as the Plastics Pact, as well as legislative efforts such as the ambitious targets set by the Scottish government. With this week’s announcement on the government’s Resources and Waste Strategy, and hopefully more clarity on Brexit, we will continue to keep you informed with developments within the Energy from Waste sector.

Coverage in Materials Recycling World
We were interviewed for this popular trade magazine back in the summer. It is the first piece of coverage we have had, and as the UK’s leading independent provider on land rent payments, we plan to build on this in 2019.

Green Brexit Pledge
In the early Autumn, it looked like we were making firm progress with our departure from the EU, and this ‘Green Brexit’ pledge felt like a stepping stone towards certainty. In this article guest writer Paul Spackman outlined how the Agriculture Bill, and the Environment Bill which was announced this week as a draft, will help shape the UK’s agriculture and energy sectors after leaving the European Union and Common Agricultural Policy (CAP) on 29 March 2019. However while we now have detail of what the government proposes, such as a new green watchdog with statutory powers after Brexit, we have no more clarity than we did when this article was published on the details of Brexit.

Comments Off on Year in Review 2018

Environmental protection for landowners at heart of ‘Green Brexit’ pledge

9th October 2018 by Accounting for Energy

Publication of the Agriculture Bill on 12 September 2018 provided the first major insight into how the government plans to deliver on its promise of a “Green Brexit”. The long-awaited policy, together with the forthcoming Environment Bill – the first dedicated Environment Act since 1995 – will help shape the UK’s agriculture and energy sectors after leaving the European Union and Common Agricultural Policy (CAP) on 29 March 2019.

A key feature of the new Agriculture Bill is the phased ending of direct farm subsidies over seven years between 2021 and 2027, replaced with a new Environmental Land Management (ELM) system.

Defra says farmers and land managers who “provide the greatest environmental benefits will secure the largest rewards, laying the foundations for a Green Brexit”.

The replacement ELM scheme will be trialled and developed over the next few years before coming into full effect by 2028 onwards.

With precise details yet to be agreed, it remains to be seen what this green rhetoric means in practice and, importantly for many farmers and landowners, whether any meaningful incentives are put in place to encourage uptake of green technologies, such as wind, solar, AD or battery storage.

Environmental campaigners have called for future agricultural policy to be more closely integrated with environmental policy, but some farming groups worry that too much emphasis on incentivising farmers to divert land into alternative uses may threaten food security and the competitiveness of UK agriculture.

Only time will tell as to what shape the new policies will take, although given the government’s recent track record for removing financial support for renewables (such as the Renewables Obligation and Feed-in Tariff), any new money to support investment in green energy generation may not be high on their agenda.

For farmers and landowners keen to develop new renewable energy projects, it may well be down to individuals to seize the initiative, to potentially benefit both their “green credentials” and the profitability of the business.

As direct farm support is phased out over the next decade, there will be even greater need to protect and possibly diversify farm income sources to make rural estates more financially resilient in post-Brexit Britain.

Renewable energy projects such as onshore wind, solar and anaerobic digestion may well play a part in this, either through investment in new schemes where the economics can be made to stack up (with or without government support) or finding ways to maximise returns from existing installations.

In the case of wind energy, planning has long been a major barrier to new developments, but there are some signs of attitudes thawing. A recent YouGov poll found some encouraging public support for onshore wind, with two-thirds of respondents in favour of changing current policy to allow onshore wind to go ahead where it has local support.

Elsewhere, a number of developers are looking to build large-scale subsidy-free solar arrays as costs come down, while improvements to battery technology, combined with falling costs, are creating other ways to maximise revenues from new and existing renewable energy generation projects.

As always, the ‘devil is in the detail’ so we will wait to see what the new Agriculture and Environment Bills have in store and how ambitious the government wants to be with its “Green Brexit” aims.

As political discussions progress and new policy details are drawn up, much remains very uncertain, although change is guaranteed. Landowners will have to adapt to this change to secure a viable future, whatever direction Brexit takes us in.

Paul Spackman is a freelance writer and former Deputy Business and Renewables Editor at Farmers Weekly.